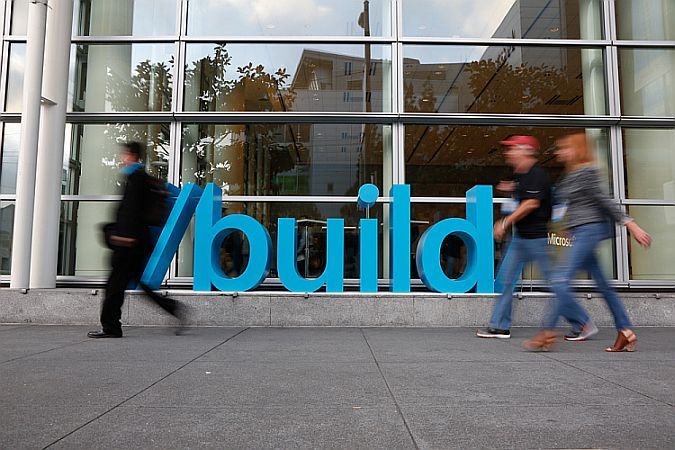 Microsoft's Build conference for 2016 revealed many new things as it generally does. Some of these things were rather impressive, in fact some might say groundbreaking at least to an extent. Microsoft's CEO Satya Nadella made every effort to emphasize and illustrate what he believes Microsoft can do to improve our lives in the near future and in years to come. This of course was part of the keynote speech at the beginning of Build 2016 and may well seem to be a lofty ideal, or a stretch, or even literally a "pie in the sky" dream. Here's the thing - he made some very good points regarding AI, Bots, integrating Bash (as in Linux, Ubuntu) as a native function within Windows 10, and the general advancement of the everyday PC user's environment and experience. The key here is progress, progress fired by technology, progress not only within Windows 10 or all of Microsoft's products for that matter, but potentially progress in many facets of human existence. Microsoft's CEO came on stage with a clear mission, and that was to make it clear that part of Microsoft's future was not just their own betterment but the betterment of society as a whole. Let's be clear - this conference is supposed to be a selling point for Microsoft's products and it is - however, is it possible that Microsoft is so far ahead of the curve that they can use technology to improve society as a whole by improving their own products and imparting that knowledge to everyone? Microsoft begins by empowering developers (this is a developer conference after all) with the latest advances in technology. Let's look at what came about in Microsoft's Build 2016 conference.

This is an improvement. When you interact with live tiles in Windows 10 at this time what happens is you click on it and it takes you to that particular live tile's App location. You might normally think that's fine and it is but what will happen later this year (according to Microsoft) is that the live tile will act differently when you click on it. What this essentially means is that live tiles typically display a given or random item from within that live tile's application (App) but if the live tile is made chaseable then when you click on it you would be taken directly to that which is specifically displayed. This might not be any person's particular preference so let's hope that there will be the option to control how chaseable live tiles operate.

Windows 10 Will Have Ubuntu Based Bash Shell

Although this doesn't mean much if anything to the average PC user it is big news for developers. Linux has long been the choice for developers as its command line is far more powerful than that of Windows. Microsoft knows this and wants to give developers the ability to do their work in their preferred environment, but do it within Windows 10. This does not mean that a Ubuntu desktop will be an option or that Linux commands could be run in the Windows command line (or vice-versa) but it does mean Linux commands can be run within Windows 10 and have access to all of the same files. Can't call it a dream come true for developers and it won't likely be fully functional out of the box but it's a start.

One of the major points mentioned by Microsoft's CEO Satya Nadella at the outset of the Build 2016 Conference was advancing the technology of Artificial Intelligence and Machine Learning while using it to create advanced Bots and improve overall communications. “As an industry, we are on the cusp of a new frontier that pairs the power of natural human language with advanced machine intelligence,” said Nadella. “At Microsoft, we call this Conversations as a Platform, and it builds on and extends the power of the Microsoft Azure, Office 365 and Windows platforms to empower developers everywhere.” He was also quite candid about the obvious privacy concerns when so much advanced automation will be in our computing environments, but beyond saying that "Now is the time to have these conversations" and "We must ensure progress versus compromise" he was not terribly clear on just how privacy will be handled. 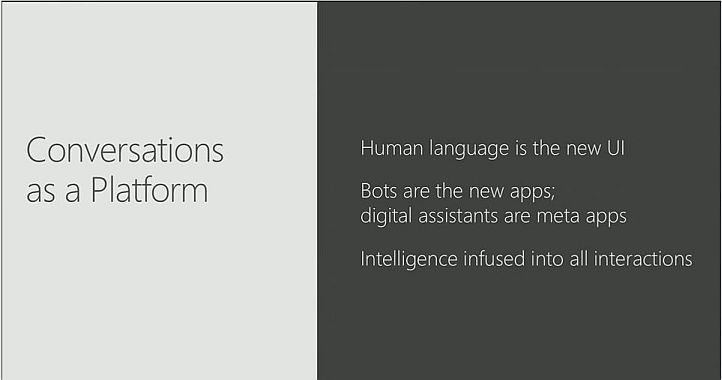 Improvements For Cortana And Skype

Cortana has been around for two years now and "she" is going to see some key improvements. Improvements for Cortana include communicating across devices so that if you schedule something on your phone (Windows or Android) it will also show up on your PC. Cortana is also getting a boost regarding intelligence. What had been known as the Cortana Analytics Suite is changing to The Cortana Intelligence Suite and AI will allow Cortana to learn more about you to help you with everyday events. During the Build 2016 Conference Cortana performed the task of sending a file to a colleague which had been a task scheduled by Marcus Ash, the group product manager for Cortana at Microsoft. This is a fairly complex task given all that Cortana must know to complete it. Cortana will also be integrated into Skype which will see other improvements of its own. Microsoft plans to infuse Artificial Intelligence into Skype chats so that if you're chatting about travelling to a given location it may, for instance, be able to suggest a good local hotel using Bots. All part of Conversations as a Platform and machine learning. 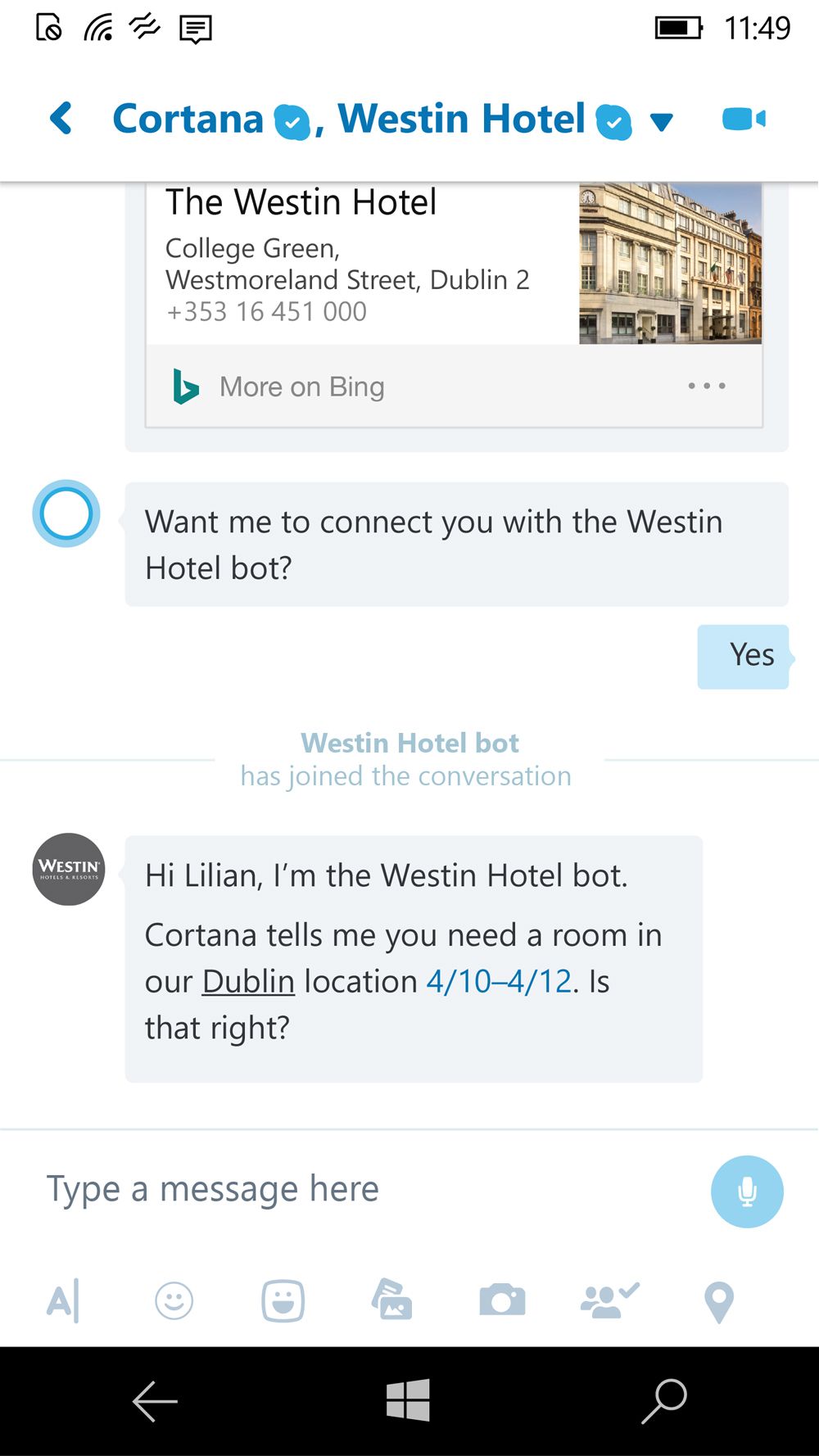 There was a glaringly obvious omission at the Build 2016 conference and that is the Windows phone. Although "Cloud first, Mobility first" was a major theme it was clearly not intended to include any near-term improvements to the Windows phone OS. Why that is the case is not clear other than the fact that focus on Windows 10, Conversations as a Platform, and The Universal Windows Platform make up the clear priorities. These are all things which are designed to link everything together and potentially make parts of life easier to manage. Microsoft also announced that they will be delivering The Windows 10 Anniversary Update, likely in July 2016 which will include all of these things and more, such as Windows Ink and Office Ribbon Apps. Don't forget that at about that time, one year from the Windows 10 release, Windows 10 will also no longer be FREE.

We have 589 guests and no members online