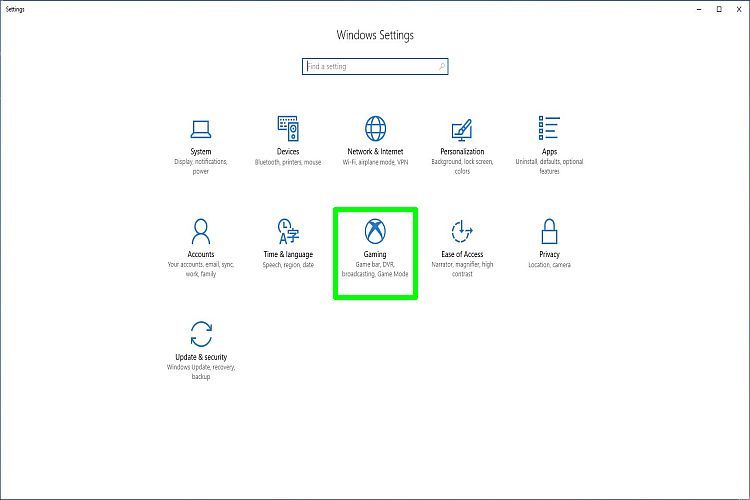 Windows 10 recently introduced a new Settings panel just for Gaming and some of what that includes is pretty cool as long as you have the right hardware. Although Windows 10 has its own requirements to run on a given machine there are other specific requirements which must be met in order to support certain features such as the Windows 10 Game DVR and Broadcasting. These are examples of cool tech which have been available in different forms for some time but have never been built into any Windows OS prior to now. For those gamers who now use Windows 10 and those who will by the time Windows 7 reaches its end of support in 2020 these are the types of things many will likely appreciate. Windows 10 Gaming Settings also gives the gamer the ability to choose their own key shortcuts where for instance Win+G is the default to open the Game bar any gamer can change that in the gaming settings. All of these things point to how Windows 10 Gaming Settings include cool Tech for newer PCs.

The Windows 10 Game bar shown above has controls which left to right bring up the Xbox App (a common theme shown also in the Gaming Settings Icon), Screenshot, Record that which makes a clip of the last few gaming moments, Start/Stop Recording for up to an hour a gameplay by default, Game Broadcasting, a Game DVR Settings shortcut, and furthest to the right an icon used to move the Game bar's position. The Xbox App is built into Windows 10 so it's just a matter of which Xbox games you already have or want to add. The other functions are self explanatory however you must have a powerful enough graphics card to handle Game DVR and Broadcasting. 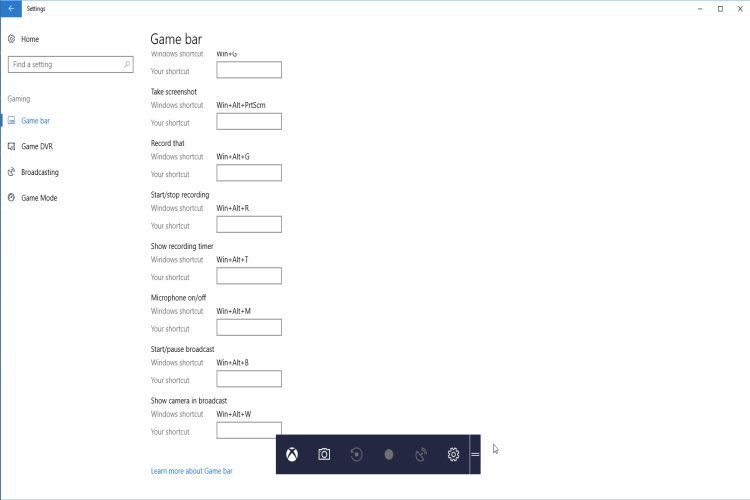 The Windows 10 Game DVR allows gamers to capture game screenshots and game video clips and save those to a default folder or any destination which can be changed. Broadcasting allows gamers to show off their gaming skills online using Beam and either the desktop or the game itself can be broadcast. Game Mode is something Microsoft ensures will "make gaming your PC's top priority so you get the best game quality and performance". Xbox is the primary focus and whereas Windows 10 Gaming Settings is quite new and Windows 10 itself is almost constantly evolving changes can be expected so stay tuned!

We have 127 guests and no members online