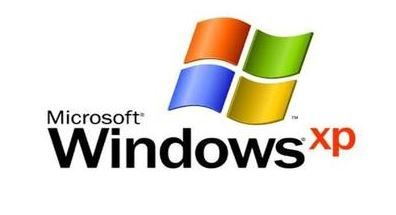 Microsoft had stated that as of April 8th 2014 Windows XP would no longer be supported; however, evidently Microsoft is in fact still supporting Windows XP to a certain extent. Starting later in April with several updates to Windows Defender and one for Internet Explorer 8, Microsoft later also issued a Security Update for Windows XP on April 11th 2014 (KB2510531). Since that time, there have been updates to Windows Defender, IE8, Microsoft Office, and even Silverlight. Interesting also that there was an update issued specific to Windows XP (KB890830) entitled "Windows Malicious Software Removal Tool July 2014". But wait - there's more...

Since that update there have been many which do apply to XP but none since May 2014 show with a Windows XP entry in the Microsoft Security Bulletin. As of late September 2014, there have been seven total Windows XP specific updates since the original April 8th 2014 Windows XP retirement date. So is Microsoft supporting Windows XP or not? This is likely a "grey area" because Microsoft is definitely not issuing what would be a normal set of updates, but more of a condensed set of updates. Below you can see several images of exactly which updates have been issued, bearing in mind the dates shown are of the download/install, not the actual issue date.

As we can clearly see, Microsoft is still issuing some updates for Windows XP. Whether this is due to any public outcry or just the fact that so many still use XP is hard to say but there could be other things involved. Microsoft is on the verge of releasing its newest Windows OS (Windows 9 or "Threshold") in a matter of weeks and it makes sense that moving in a direction more suitable to XP users would serve to sway many current Windows XP users to that new OS. Having provided some unexpected level of support might serve that same purpose and it may be the case that Windows XP users will be offered a relatively easy path to upgrading. It is also worthy of note that there is a Windows XP registry hack that allegedly allows for full updates to Windows XP even though Microsoft states that this is an unstable approach due to the fact that it is designed for Windows Server 2003. That fact alone could have been a determining factor, but Microsoft's near future course of action will be telling. I still love Windows XP and I do have one machine using it but time does march on...

Here are some pertinent, informative links regarding this issue:

We have 646 guests and no members online