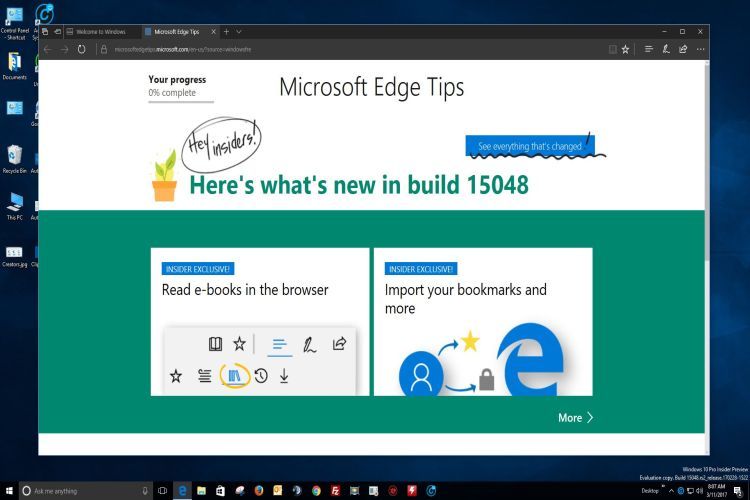 The last few months have seen Microsoft striving to improve the Windows 10 experience, at least for registered Windows Insiders. This of course will allow for testing of new features by those who are accustomed to working in a potentially unstable environment to the end of determining how it can be made stable. Some of these new features are things which can be used and tested immediately but others such as Windows 10 Braille support (introduced in February 2017 with Build 15025) require additional software which must be installed. This is also true when it comes to the Microsoft Edge browser because it now allows many extensions which had previously been precluded. All in all there are many new features indicating that Windows 10 Insider Preview Builds are showing off new tech.

Windows 10 Appears To Be In A Deployment Slump Of Sorts

Terry Myerson cited an interesting number at the outset of the Windows Developer Day Keynote speech last week and that number was... 400 Million. He does refer to a Windows 10 success story (of sorts) indicating that it is off to the "fastest start in Windows history". Well, that may be depending on the perspective but Myerson cited that 400 million number of users last week and it is the same number (although clearly an estimate) as was reported in September 2016. So just how well is Windows 10 doing? Clearly, other than what was just mentioned, that has yet to be determined. There are quite a few cool things about the new tech Windows 10 can integrate with and much of that is impressive. Many developers really do enjoy working with those things and being productive with new tech in general. This will likely lead to growth in the deployment of Windows 10 but there are still things which contribute to how Windows 10 appears to be in a deployment slump of sorts.

The U.S. Consumer Product Safety Commision announced yesterday that HP is expanding its recall of batteries for HP and Compaq Notebook Computers due to fire and burn hazards, which started in June 2016. At that time HP recalled some 41,000 laptop batteries (3,000 sold in Canada and 4,000 in Mexico) but this latest expansion brings the number to approximately 101,000. According the the USCPSC "This expanded recall involves lithium-ion batteries containing Panasonic cells that are used in HP notebook computers". Evidently Samsung is not the only manufacturer having serious battery problems.

As in years past the Consumer Electronics Show does not disappoint. CES 2017 displayed some truly unique innovations in not only the computing industry but also across the board with electronics. It seems that Microsoft is enabling partners such as Lenovo and others to build innovative hardware while Microsoft itself builds support into Windows 10 for those partner's new and innovative connected devices. Other major players whose new innovations were displayed at CES 2017 include Samsung and LG who both presented multiple new creations in multiple areas of electronics. Not to be left out are Blackberry, Dell, Mattel, Nikon, and Razer along with many others. Looking for a new laptop with three screens or a nice 8k display? All of these and more were shown off at CES 2017. 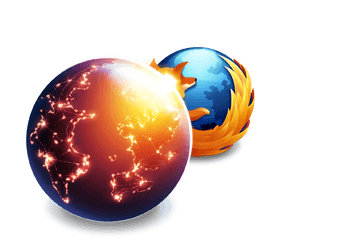 According to Mozilla the popular Firefox web browser will undergo definitive changes regarding how it is supported with both Windows XP and Windows Vista in 2017. This probably should not be any surprise whereas both Microsoft and Google have already implemented similar actions regarding their own browsers, Internet Explorer and Chrome respectively. Although users will be updated to version 52 (The Extended Support Release) in March 2017, Mozilla has indicated that support for Firefox users on Windows XP and Vista will end later in 2017.

We have 115 guests and no members online