RESOLVESECURITYINTERNET SECURITYPrivate Browsing Does Not Provide The Security You May Think

Malicious Bots Are Trouble And Here's How To Spot Them 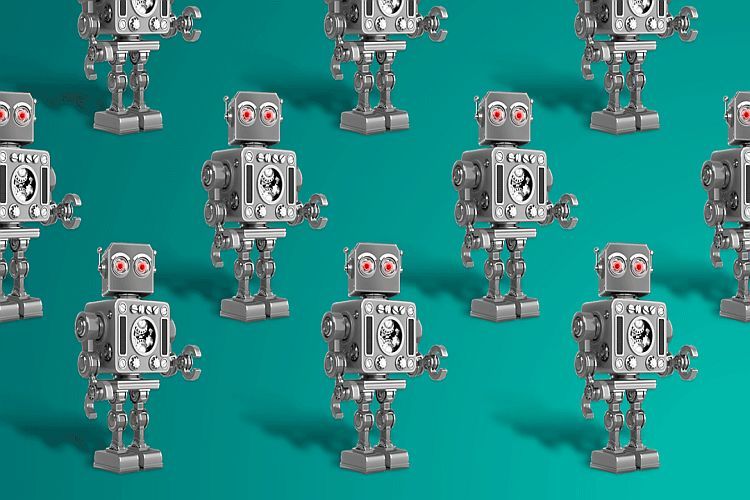 According to Mozilla in their most recent IRL podcast, there are more website visitors which are in fact bots as opposed to being people. The number they cite is 52% which is from a report in January 2017 by the Atlantic, citing the security firm Imperva which monitors bot traffic amongst other things. This is not new information because bots have always been indigenous to the Internet however there are good bots and there are malicious bots. Naturally it is those malicious bots which we would prefer not have any effect on our Twitter and Facebook accounts, but they definitely do create skewed visions which we should be able to weed out. Part of the problem these malicious bots can present is that they often try to influence our thoughts and actions toward their ends and this could have affected the 2016 US Presidential election as well as the recent FCC vote regarding Net Neutrality. This is evidence that malicious bots are trouble and here's how to spot them.

It is widely believed and perhaps widely accepted that the 2016 US Presidential election was influenced by a high number of ads on Facebook and Twitter. It is when there are so many such "posts" which occur at a fantastic rate that it is a bot or bots taking that action and when the aim is to influence the 2016 US Presidential election that would be the work of malicious bots. Rule 1 for how to spot a bot is to check the profile of that poster for an inhumanly high rate of posts because a person is not likely to post a thousand times in a day. You or I might post 10 or 20 times but a bot will post at an inordinate rate. Bots don't tend to identify themselves because from a human perspective they are not real. That said, Rule 2 for how to spot a bot would be to see if a profile actually has personally identifiable information associated with it. If it does not then we might be looking at a bot. Another strong indicator would be a lack of originality in posting which leads us to rule 3 for how to spot a bot. If a profile consists of continuous retweets almost exclusively that is likely a bot. Put the three rules together and you've almost certainly discovered a bot.

In the case of the recent FCC vote regarding Net Neutrality the apparent malicious bot attack was momentous. According to Veronica Belmont, who hosted Mozillaz's IRL podcast #8 on this subject, "In the months leading up to the vote the public logged more than 22 million comments on the FCC’s website. They were overwhelmingly in favor of keeping those rules intact, but buried within those legitimate comments were millions of fraudulent ones." There were evidently even comments from people who were deceased. Malicious bots whose aim was to undermine the efforts of real people who were supporting Net Neutrality and did not want the FCC vote to go the way it did. This is the travesty of malicious bots and the power they wield within the Internet. There are many more ways to spot a bot and the links below will bring you to Mozilla's podcast from last week and more about malicious bots and how to spot them.