RESOLVESECURITYINTERNET SECURITYUsing The Default WiFi Password For Your Router Is Dangerous

Using The Default WiFi Password For Your Router Is Dangerous 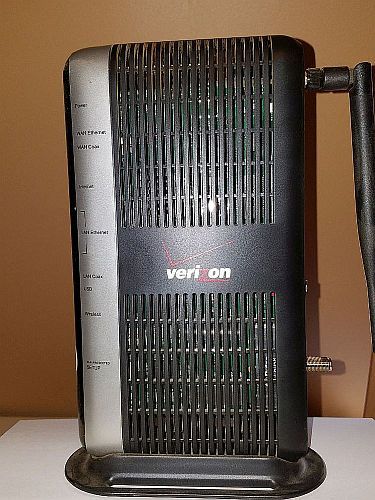 Router and modem manufacturers have delivered products to people with less than perfect default WiFi passwords for years. The particular router pictured above (Actiontec M1424WR rev E) has wireless capability but is set up for WEP (Wired Equivalent Privacy) wireless security instead of WPA2 (Wi-Fi Protected Access 2) and has a default WiFi password for your router which contains no special characters or lowercase letters so these things must be changed if the router is put to use. In this case, although it's from 2008 it was set to use WEP From 1997 but does have WPA2 capability from 2004 (13 years ago...). Go figure. Next up a router cut from the same cloth a few years later, the REV I of the same Actiontec family. From 2011 this router uses 802.11N (yay faster and more distance maybe) and does also use WPA/WPA2. Congratulations! It only took that long to realize the importance of using the best security technology available. Just one problem: The default WiFi password for your router still only uses uppercase letters and numbers which is NOT secure enough at all and all of these facts make it clear that using the default WiFi password for your router is dangerous.

This security concern is not limited to any one manufacturer in fact it appears to be a systemic problem. All this means is you simply must change that default WiFi password and the default router login username and password as well. This is not just insurance or to err on the side of caution it should in fact be automatically enforced because the passwords being used should not be "brutable". If a password can be hacked easily with a "brute force attack" it is unacceptable in today's computing and Internet environment. Now let's talk about one of the newest WiFi routers available today. In the case of the Gateway G1100 AC router there are some improvements which are not trivial however it still shares some of the same characteristics of routers delivered to the public nearly a decade ago and yes that includes the fact that the default passwords involved are NOT necessarily secure enough to be considered "unbrutable" (go ahead - tell me that's not a word). The one delivered to me late in 2016 has a much longer WiFi password with 18 characters which is strong encryption however it contains alpha characters which only form words found in any dictionary and all are lowercase with no special characters. I just don't get it, and it only gets worse.

Many Default Passwords Are Known To Hackers

No, sorry, not a joke. This is not new information but it does speak to how important it is to change any default password. There exist lists on the Internet, whether easily found or not (dark web?), posted to assist in hacking all sorts of things and WiFi routers are no exception. That simply means that the default password for your router may well be already broadcasted on the 'Net. Beyond that there are hacking tools which can, in properly trained hands, effectively hack to detect a given password. That effort can be mitigated if not thwarted by creating properly constructed and strongly encrypted passwords. These are good reasons why your passwords cannot be of the "brutable" default variety as you're just asking for trouble unless and until you change them properly. Please check the links below for further reference on strongly encrypted passwords and why you need to use them!